Nearly 40 years after their original release, Nike Air Jordans continue to be one of the best-selling sneakers on the market. And just last year, a pair that Michael Jordan himself wore garnered nearly $1.5 million at an auction.

What makes these shoes so popular, and why are they a staple for both diehard sneakerheads and casual fashion lovers?

Read on to learn about the history of Nike Air Jordan shoes and their place in culture today.

Nike Air Jordans made their debut in 1984 during a historic basketball game. The Chicago Bulls, with their star player Michael Jordan, were playing against the Philadelphia 76ers, and on Jordan’s feet were shoes never seen before.

They were red, white, and black, with the iconic Nike swoosh and a simple design. But they packed a punch, with shoe technology not usually used on the court. In fact, the shoes went against the NBA’s rules and dress code, racking up fees every time Michael Jordan wore them in a game.

Once the shoes hit the market in 1985, they quickly sold out with legions of fans wanting to be like Jordan and wear his groundbreaking shoes.

But soon, other groups and subcultures took to the sneaker too. In the late 80s, skateboarders bought up Nike Air Jordans for its grip on their boards. In the 90s, hip-hop culture fully adopted the shoe as its go-to sneaker style.

Since then, Air Jordans have continued to be a fashion mainstay, with new styles and designs released over the years.

So Why Are They So Popular?

Since the 80s, Air Jordans have been a favorite among the cool kids. You could see anyone from Slash to Will Smith on “The Fresh Prince of Bel-Air” rocking a pair.

But what makes them so popular even today? There are several key points that make these sneakers a hit year after year.

Nike Air Jordan shoes are one of the best shoes if you want to flex a bit of status.

Countless celebrities have worn Air Jordans, including Michael Jordan himself, giving them an air of luxury combined with street style. For many, they feel like a privilege to own, yet they’re not stuffy the way fancy jewelry might be.

And wearing Nike Air Jordans is like wearing a piece of history. Unlike other sneaker and fashion trends that come and go, Air Jordans are classic, and the story behind them is just as inspiring now as when they first debuted.

People who buy Nike Air Jordans do so for the dependable quality and comfort they offer.

When they were first created, Michael Jordan gave his feedback as a basketball player to help improve the design. Since then, they’ve been known for their incredible support and comfort, making them perfect both on the court and off.

But compared to other shoes of similar quality, Air Jordans aren’t actually that expensive. They offer great cost performance for shoppers looking for the perfect sneakers.

When Air Jordans first hit shelves, they outshined the basic black canvas and solid white leather options available. They were bold with their vibrant red and black design, and they demanded attention with their chunky high-top shape.

Even now, the design of Nike Air Jordans stands out. They’re the kind of shoe you wear if you want people to notice your shoes.

It’s no surprise, then, that most Air Jordan shoes are inspired by cars and fighter jets. The unique shapes, lines, and features on Air Jordans are unlike almost any other sneaker found in stores.

Variety of Styles and Colorways

Even though Nike Air Jordan shoes started as a basketball shoe, they’ve since expanded far beyond basketball players and fans.

Part of that might be because of the sheer number of styles that have been invented over the years.

And new Nike Air Jordans come in a variety of designs. There are high-tops, mids, and low-tops. There are thicker versions and thinner versions. And besides the classic red/black/white colorway, you can find enough Air Jordan colors to make a rainbow.

There are also some styles made especially for women, while others are unisex.

Because of the variety of styles and colors available, it’s easy for almost anyone to purchase Nike Air Jordans and work them seamlessly into their wardrobe. For some examples of the latest styles available, check it out online.

Even as Air Jordans continue to evolve into new shapes and styles, for some, it’s the classic design that they’re after.

The Air Jordans of the 80s and 90s are nostalgic for many who have grown up and started their own families. Reaching back to their own childhoods, they can find style inspiration in their old favorite pair of shoes.

Unlike other fashion styles, the original Air Jordans feel just as fresh today as they did when they first came out. This makes them a great throwback option for those wanting to tap into their younger self and bring some youthfulness to their closet, without looking outdated or uncool.

Do You Have a Pair of Air Jordans?

Nike Air Jordan shoes continue to be popular, even after spending decades on store shelves. Nearly everyone from skateboarders to today’s celebrities have made these sneakers their own.

If you haven’t already started your own Nike Air Jordan collection, what’s stopping you? Their comfort, status, and array of style options make them a great sneaker for almost any wardrobe.

If you’re still looking for more style and design inspiration, head over to our other lifestyle articles!

A smile can make anyone’s day. Yes, it is true in fact; a pure heart-winning smile can surely give you...
more
Share

Do you know what is the place that gets tattooed more frequently than any other part of the body? We...
more
Share 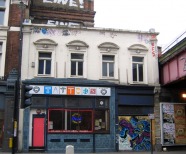 Sexy Present For Boyfriend For The New Year 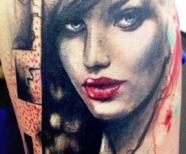 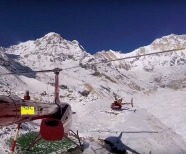 Benefits of beetroot for skin: A blessing you must not miss

Why travel from Delhi to Haridwar by Car?